I am a(n) researcher and archivist.

The Christmas Village returned to Philadelphia for another season.  I went yesterday, November 29, 2014 (and was pleasantly surprised by FREE street parking - the meters would not accept money!).  The attention of the crowd was mostly reserved for the arrival of the Nürnberger Christkind (Nürnberg is Nuremberg in German).  The Christkind is hugely popular in Germany.

This video is primarily for the Christkind.  I recorded a lot more footage.  Unfortunately, youtube will only allow 15 minutes of footage so I decided to make a video mainly for the arrival of the Christkind to the Village and Her reading of the prologue.


Here is the url for the above video: https://www.youtube.com/watch?v=d7GVV6iFcOQ

Here are some photographs.  First you will see the Village, some vendors and the Father Judge Pep Band.

The Christkind has arrived!  Here She is with the Father Judge Pep Band and the Clearview Regional High School Choir.  The Band performed traditional instrumentals while the Choir performed "Stille Nacht, Heilige Nacht" in German and English.

I met the Christkind!!  I spoke with Her in German for a bit.  It was a truly incredible and extraordinary moment!  SOOOOOOOOOOOOOOOOOOOOOOO ERSTAUNLICH!!

She is walking through the Village whilst giving out candy and photographs ... Here is a painting of the Christkind with the Alpen-Edelweiß (the mountain flower of Germany that remains one of the most recognized symbols of the nation) and the traditional Lebkuchen Necklace:

Here is a depiction of the American pickle tradition:

Farewell to the Philadelphia Christmas Village for now ...

The German-American Weekend will take place on December 6 and 7, 2014.  I hope to see you all there.  Information: http://www.philachristmas.com/211-0-Weekend-Events.html
Posted by Michael The Researcher at 8:57 PM No comments:

Tonight I have for you a fine balled called "Mother Of Pearl" by the great tenor vocalist George Wilton Ballard with an accompanying Orchestra.  George lived from 1887 to 1950 and he recorded this song in 1921.  What you see in this video is a Diamond Disc 80 RPM Record played on an Edison Disc Phonograph Model C-150.  The Disc machine was made between 1915 and 1919, and originally retailed for $150.  I procured this machine last month.  It sounds fantastic.  The fabric on the platter is a reproduction ... I can't win 'em all.

I decided to play this song for my first C-150 demonstration since it all starts with the Mother.

I purchased the disc at the Philadelphia Record Exchange just off of South Street around 2008 or 2009.  I bought two discs merely as music artifacts.  If you told me that I would have a player for the records in 2014, I would have been shocked by that revelation.


The url for the above video: https://www.youtube.com/watch?v=Xbuzb0DvQx0

The disc could use a cleaning:

Posted by Michael The Researcher at 8:58 PM No comments:

The American Civil War Sesquicentennial continues.  This is a very fitting blog entry because 2014 is the Sesquicentennial of the publishing of "Tenting On The Old Camp Ground".  Walter Kittredge wrote "Tenting On The Old Camp Ground" in 1863, and published it one year later.  Walter was drafted into the Union Army, and was discharged shortly after due to having rheumatic fever.

Today I have a version of the song.  It was pressed on the Victor label.  The song was recorded by the Haydn Quartet and Walter R. Rogers in 1909.  I have two records on display in the video - although they have different catalog numbers (16404 and 119), the recording is the same.  I recorded it twice - one close and one far.  I used a soft tone steel needle for both recordings.  The machine used to spin the record is a Brunswick Panatrope Exponential Type 106 Gramophone/Phonograph.  It was made in the late 1920s.  I also brought out an autographed copy of a book titled "Tenting On The Old Camp Ground" for display.  It is dated 1891.


The url for the above video: https://www.youtube.com/watch?v=yl4NKpHYXr8

Additional information can be found at this link: http://adp.library.ucsb.edu/index.php/matrix/detail/200002589/B-1446-Tenting_on_the_old_camp_ground

Thank you all for watching and observing the 150th Anniversary of the American Civil War.
Posted by Michael The Researcher at 10:37 PM No comments:

Once again, I attended the Christkindlmarkt at the Deutscher Club in Clark, NJ.  This was no doubt the most popular one that I had been to.  The parking lot was filled and I had to park elsewhere in the neighborhood.  The shopping area was crowded more than any other time in my experience.  It was packed.  That is a very good sign - it shows that the German tradition is not down and out. The Deutscher Club Choir put on a mini concert:

Here is the url for the above video: https://www.youtube.com/watch?v=lfoquuEUSTg My purchases of the day [all are German-made (hergestellt in Deutschland) except for the Playmobile set which was made in Malta] ...

Here are some incense holders/smokers along with the Playmobile set featuring the Christkind [seen in Nürnberg and Philadelphia's Christmas Village (although the addition of the blue color is very strange to me ... I have never seen the Christkind in blue)] and Nikolaus.  The vendors threw in packs of incense.  The guy with the carrot is incomplete - it is such an uncommon figure that I bought it anyway.

Wooden ornaments from the Erzgebirge region:

These books were sold for donations ... the donations going to a local German language school: The Deutscher Club's website: http://deutscherclub.us
Posted by Michael The Researcher at 11:58 PM No comments:

My Friends: Today is the 151st Anniversary of the Gettysburg Address.  In this video, you will hear a record from the Victor label (catalog number: 35377) from 1914 featuring a recitation of Abraham Lincoln's Speech by Harry E. Humphrey being played on a Victor Victrola Model 4 (VV-IV) from 1915.  The introduction on the record features the long-debunked belief that Lincoln wrote the Speech on the train heading to Gettysburg.

Purchases From The Mechanical Music Extravaganza In Wayne, NJ In October 2014

On October 12, 2014, I attended the AMAZING Mechanical Music Extravaganza in Wayne, New Jersey.  This was my second time attending this convention and, like last time, was very much worth the two hour drive to get there.  This is the place to be if you want to procure an early machine for cylinders or 78s or stroll down the aisles as if it was a museum.  The admission fee was $6.  I certainly recommend the convention and I will be attending the next event in 2015.

This video is dark.  I did not realize until after the fact.  Plus, I already lost a bunch of records and all four needle packets that I purchased ... story of my life.  due to these facts, this video is a mess.  When I find all that stuff, I might rerecord a video.

My car is getting stuffed here ... and this was just the beginning!

Here is my haul minus some records and all four needle packets:

Here is the website for the event - dates are already announced for 2015!: http://www.antique-sound.com
Posted by Michael The Researcher at 10:27 PM No comments:

On This Day, 200 Years Ago, Hiram Cronk Was Discharged From The United States Army

On November 16, 1814, Hiram Silas Cronk, the teenager who would become the Last Living Survivor Of The War Of 1812, was discharged from, or mustered out of, the United States Army.  He had enlisted in the Army on August 4 of that year at the age of 14.  Hiram served in the defense of Sacketts Harbor with his father and two brothers.

The above information was found in book titled Annual Reports Of The Department Of The Interior For The Fiscal Year Ended June 30, 1904: Miscellaneous Reports Part I.  Hiram was still alive when this book was produced ... he passed away one year later at the age of 105.

Here is a link which features a copy of the 1904 text specifically for Hiram S. Cronk: http://books.google.com/books?id=RqA0AQAAMAAJ&pg=PA38&lpg=PA38&dq=Hiram+Cronk+November+16,+1814&source=bl&ots=cnfCyXTUjy&sig=CZiwKS4W-EvyE34bZgl-KCuogmk&hl=en&sa=X&ei=TXVpVMhi0cexBP23gMAC&ved=0CDoQ6AEwBQ#v=onepage&q=Hiram%20Cronk%20November%2016%2C%201814&f=false

The War Of 1812 Bicentennial continues ...
Posted by Michael The Researcher at 9:01 PM No comments:

Today I visited five World War I Monuments/Memorials in honor of Veterans Day ... the first Veterans Day during the World War I Centennial.  The cities were Oaklyn, Collingswood, Lindenwold, Monroe Township and Gloucester Township.  The plaque for the one in Lindenwold was removed because the building is, by all appearances, vacant.  I imagine the group that moved took the plaque with them.  I got lost trying to find the memorial in Gloucester Township.  I was driving aimlessly and when I was at a red light, I looked to my right and there was the memorial in Monroe Township.  Totally unplanned, totally unscripted, very unexpected ... I went with the opportunity.  I definitely took the good with the bad today.  A driver in Gloucester Township gave me a beep of support at 4:41 in the video. Posted by Michael The Researcher at 9:50 PM No comments:

Michael The Researcher
I am a(n) researcher and archivist. 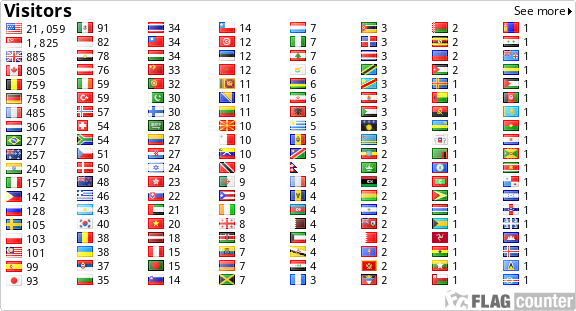